The Code of Conduct

You are responsible for you, and we are going to treat you that way. You will not only be learning when you train with us, you will be teaching as well. You are a role model. That mini-mite coming in for the next session is looking up to you and wants to do what you do. That’s awesome!  Respect that.  Hold yourself to a high standard. Make those around you better. Profanity and vulgarity have no place in teaching, no place in role modeling, and no place in The Battery. You cannot train with us if you cannot present yourself as an example to those around you.

There is a better player in all of us. More importantly, there is a better person in all of us. A better teammate, a better student, a better teacher. That’s what The Battery intends to cultivate. Yes, we love hockey.  It’s a great game. But it is also a tool by which you can learn more about yourself and grow as a person. When we use hockey to hone and foster that personal growth, we will have succeeded at our primary goal … to make every player exponentially better.

Passion, hard work, and discipline are the foundations of what we do. You have to love it. You have to get after it. And you have to commit yourself to it. Good is not great, and The Battery will remind you of that very fact each and every time you train with us. 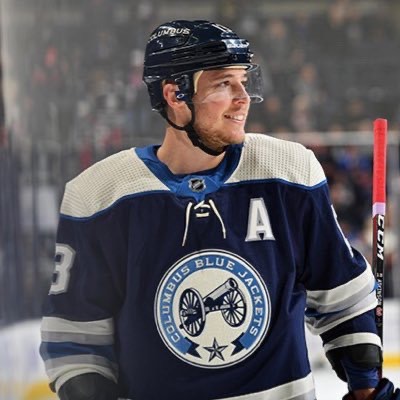 Cam is an American professional ice hockey player and alternate captain for the Columbus Blue Jackets of the National Hockey League (NHL). Atkinson was selected by the Blue Jackets in the sixth round, 157th overall, of the 2008 NHL Entry Draft. He played for Boston College for three years under coach Jerry York where he won the National Championship in 2010. Cam has played 571 games for the Blue Jackets with 198 goals, 170 assists, and 368 points. He is currently a 2x NHL All-Star and has lived in Columbus, Ohio for 9 years. The Battery embodies Cam’s vision and unwavering dedication to evolving youth hockey in Central Ohio. 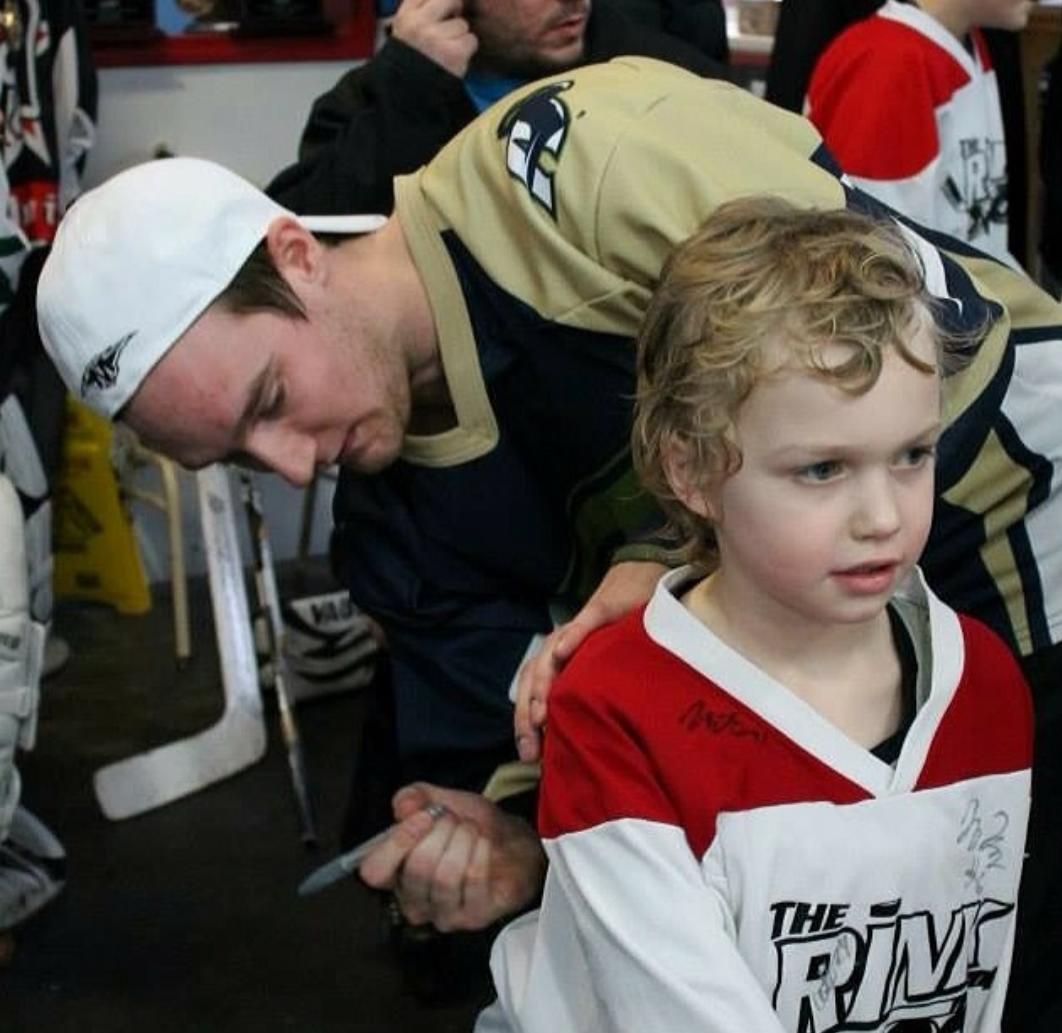 As a Columbus native, Joey grew up in a hockey focused family.  The Hockey Stop was founded by his father and became the family's passion. Throughout childhood, Joey couldn't seem to stay away from the rink. During his career, he played for the Ohio AAA Blue Jackets and advanced to collegiate hockey at The University of Akron. Joey graduated with a Bachelor’s degree in Political Science, Criminal Justice and Conflict Management. While living in Cleveland, Joey had the privilege of becoming the director of the Canton-Akron Hockey Association and full-time skills coach for the Ohio Hockey Academy.

Living in Columbus the last four years, Joey has worked with over three hundred youth hockey players. He is the head coach for Battery Elite and coach for the Columbus Academy Varsity hockey team. Joey’s hockey training focuses on individual skill improvement. It is his job to work with athletes to correct certain skills with the use of technology and modern techniques. Joey maintains a fun training environment while pushing athletes to bring out the best performance that they can. 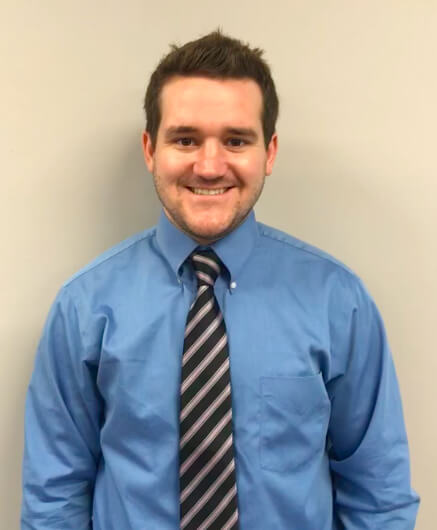 As a Cleveland native, Kyle played high school hockey at Padua Franciscan in Parma. After high school, he played three years of Junior hockey for the Wooster Oilers and the Central Wisconsin Saints, captaining the Oilers team in his final season. Kyle played his collegiate hockey at the University of Akron, being the team President for all four years of his career and a captain his senior season. He graduated in 2016 with a degree in Sports Management and minored in Business Management. Before making the move to Columbus, Kyle spent two seasons as the Associate Head Coach and Director of Scouting for the Oswego(NY) Stampede Junior Hockey club in the NA3HL. He also served as a Scout for the Amarillo Bulls in the NAHL. In his two seasons in Oswego, he helped move 14 players on to NCAA and ACHA Division 1 hockey. In addition to being the Hockey Director at The Battery, he is currently a coach with the Ohio AAA Blue Jackets U15 team. 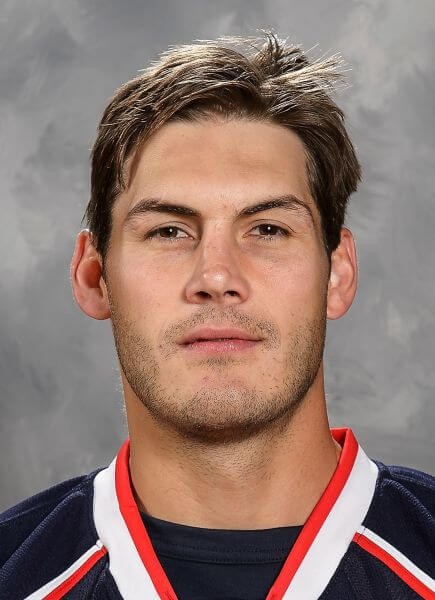 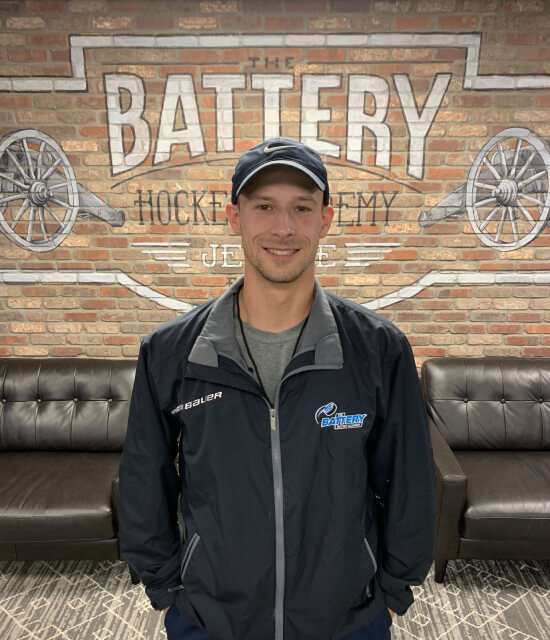 David Cox is a native of Cleveland, Ohio where he played high school hockey at Euclid. After high school, David played two years of Junior hockey for the Wooster Oilers, where he was named team captain during his second season. David attended the University of Akron to pursue his degree in Organizational Supervision while playing hockey at the collegiate level. David started his coaching career at University School in Cleveland, Ohio before moving to Columbus to help develop our athletes. 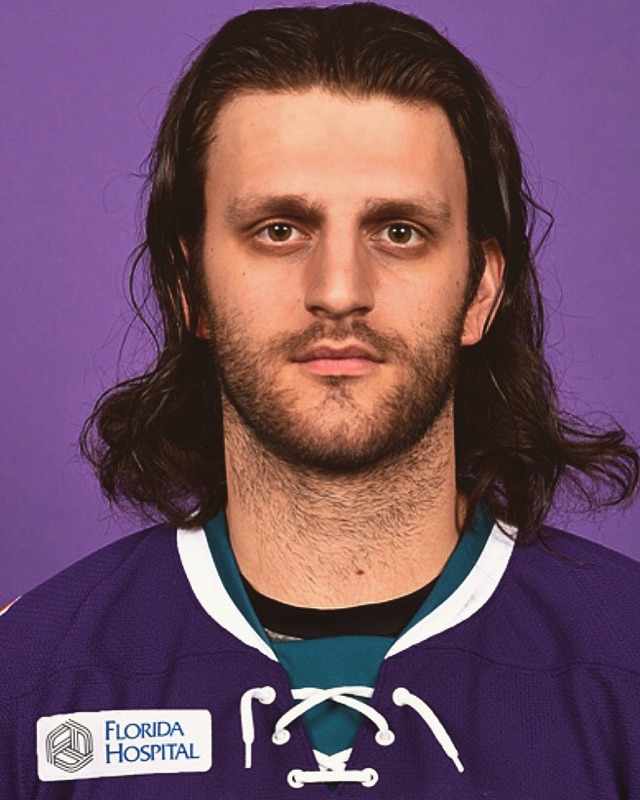 JC Campagna is going into his fifth year of professional hockey at the ECHL and AHL levels. He has played for six different NHL franchises in the minor leagues. JC played college hockey at St. Thomas and UPEI where he earned rookie of the year honors and graduated with a degree in Sports Psychology. JC is a shooting specialist at The Battery and he brings an arsenal of skill development techniques that help to shape our athletes into reliable and accountable players that can produce in all situations. 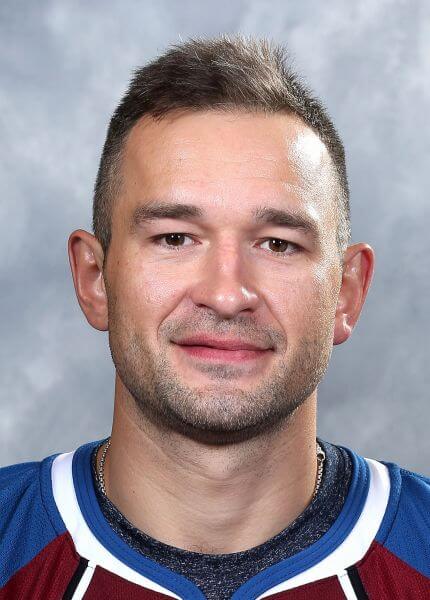 Fedor Tyutin is a 9-year NHL veteran and a former member of the Columbus Blue Jackets. Fedor was drafted in the second round by the New York Rangers in 2001, where he spent three years before being traded to the Columbus Blue Jackets. Fedor was selected to the Russian national team in the 2006, 2010, and 2014 Olympics. After retirement, he wanted to pursue a career in coaching at the youth level, so he joined the Ohio AAA Blue Jackets and The Battery to bring his professional knowledge to our athletes. 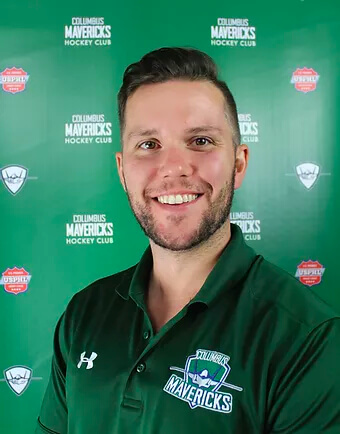 Brian Thompson is currently the assistant coach and head scout for the Columbus Mavericks. Prior to joining the Mavericks, he spent 15 years coaching at the youth and high school levels. Brian has worked with the Columbus Blue Jackets Hockey School, Oklahoma City Hockey Association, Hilliard High School, and Westerville High School. Brian played ACHA Division 1 hockey for the University of Central Oklahoma Bronchos, leading the team to their first ever ACHA Final Four appearance. 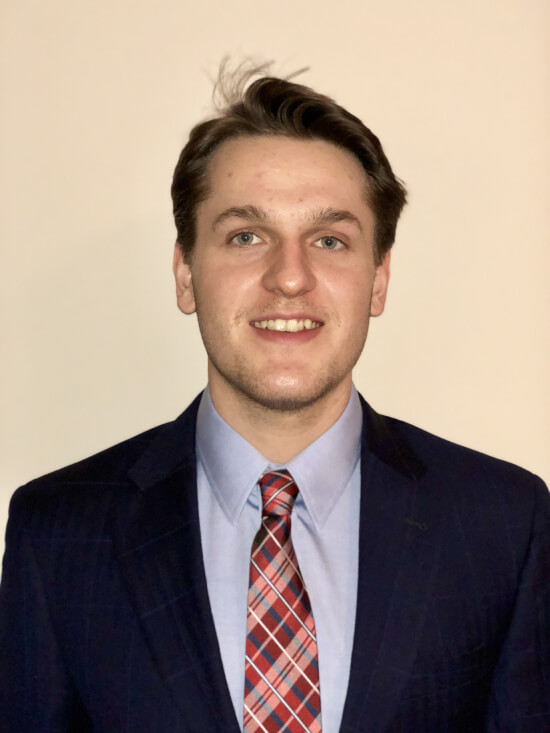 Bailey is the owner of Seagraves Goaltending and Emergency Backup Goalie for the Columbus Blue Jackets. He is a Columbus native that played his youth hockey for the Ohio AAA Blue Jackets where he earned multiple US National Festival Camp invites, the opportunity to compete for a spot on the USNTDP, and then later drafted by the Chicago Steel in the USHL Futures Draft. He would go on to play his Junior hockey career in the USHL, NAHL and USPHL Premier (now NCDC) before moving onto his role with the Blue Jackets. Bailey serves as Director of Goaltending Development for The Battery and continues to develop our goalies into dependable, highly-skilled players.

Rina was a competitive figure skater for 12 years and a USFSA triple gold medalist: Senior Moves in the Field, Senior Freeskate, Gold Dance. She is a certified Learn to Skate Instructor and coach through USFSA and completed SafeSport training. She is grateful to have started coaching in this growing skating and hockey community and has been doing so for 8 years. Her areas of focus and teaching philosophy include beginner/learn to skate levels, as well as coaching skating skills for hockey players. She has coached hockey players from mini mite to AAA and strongly believes that building a strong fundamental foundation is critical for sustainable success.